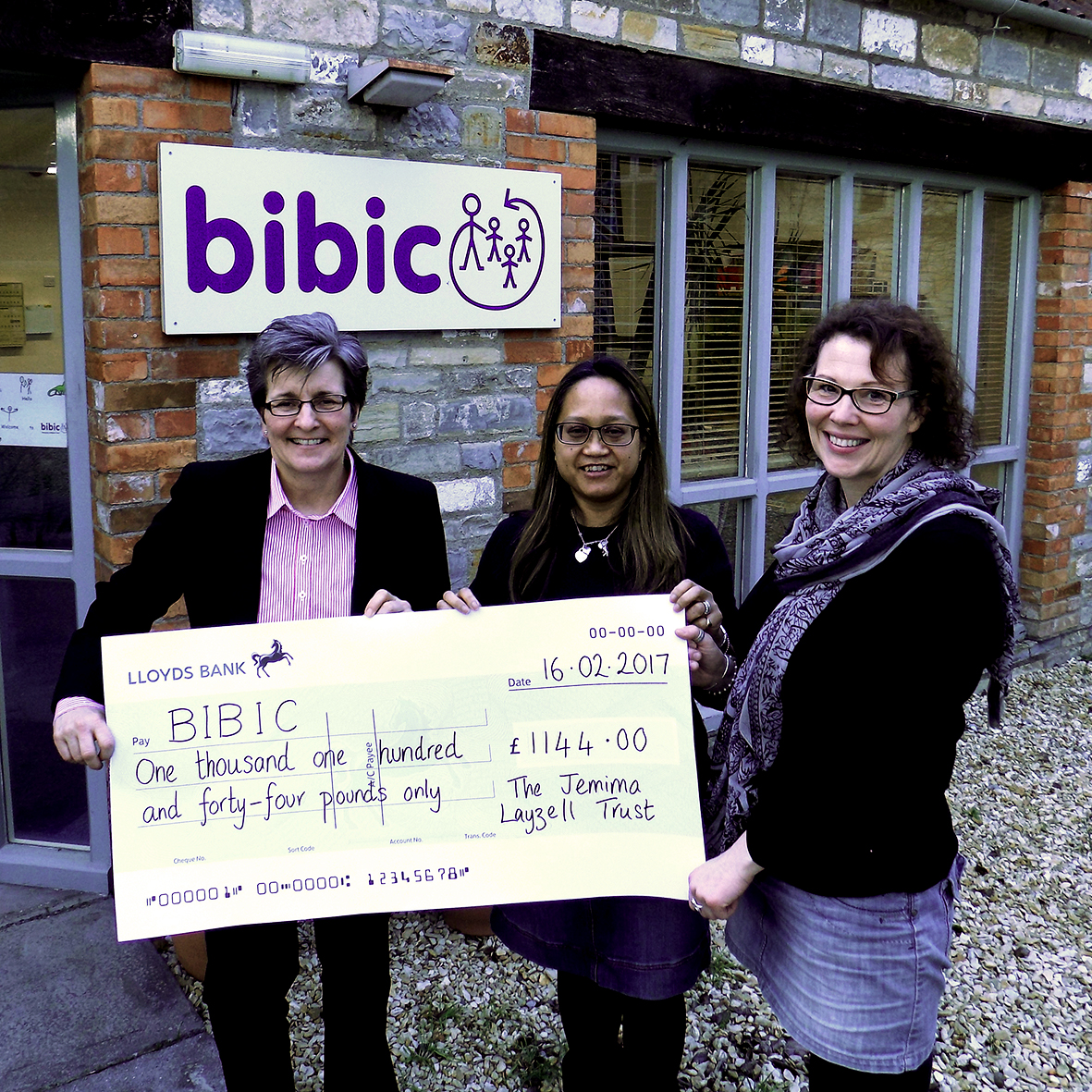 bibic has received a wonderful donation of £1144.00 from long term supporters The Jemima Layzell Trust.

Supporting brain injured children The Jemima Layzell Trust has generously donated to bibic many times, alongside helping the charity acquire equipment such as weighted blankets, massagers and books.  These items are a huge help to some of the children that visit the charity, and having them available for parents means so much.

After a recent visit to bibic The Jemima Layzell Trust presented Chief Executive Lynda Williams with a cheque for £1144.00, who said;

‘Once again we are hugely grateful for the continued support of The Jemima Layzell Trust in the form of another welcome donation. bibic receives no government funding so relies on donations to be able to survive. These donations mean we can continue to offer therapeutic programmes for brain injured children. This particular donation means two more families can access bibic therapy who otherwise would have found it difficult.’

The Jemima Layzell Trust was set up by the parents of Jemima who sadly passed away when she was 13 years old from a brain aneurism.  Sophy, Jemima’s mother, says;

‘Even before Jemima died we supported bibic as a family for many years.  Now we are especially committed, as Jemima’s charity was set up specifically to help children with brain injuries.  The work bibic does is unique and highly specialised, offering support to children and families when often nothing else seems available, and they need our help to continue.  It is especially lucky that they are based locally, in the modest town of Langport, making it easy for us to visit and keep updated with their progress.  We are pleased that the funds we’ve donated this year will be used for children whose families can’t afford the subsidised fees.”