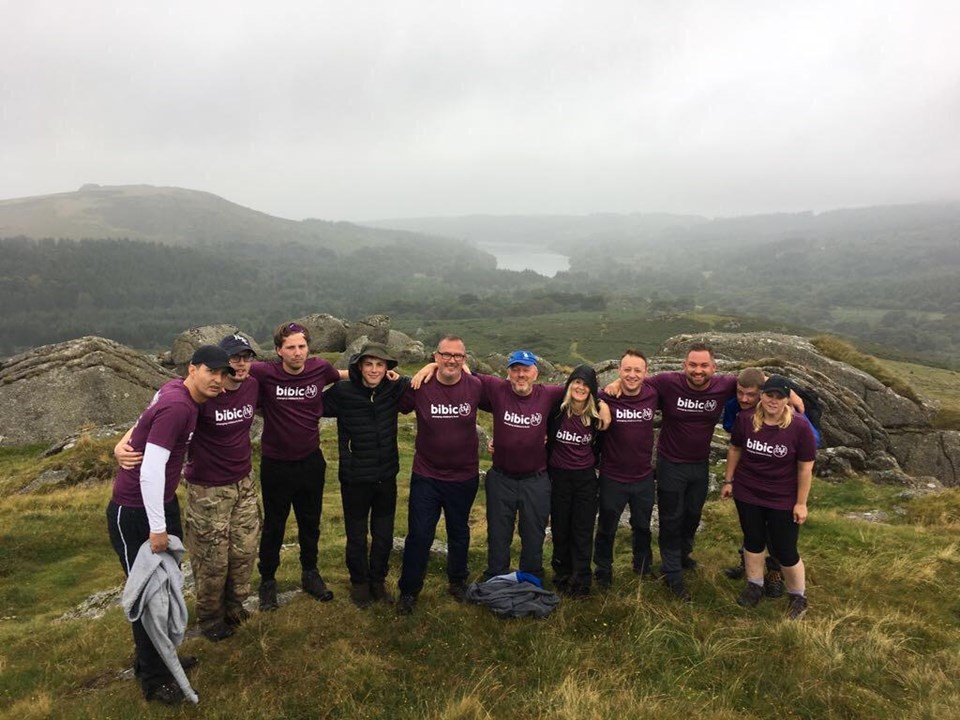 An enthusiastic 12 strong team from Channel Comms based in Pill, Bristol completed the gruelling Dartmoor Ten Tors Challenge over 2 days last month. Supporters have continued to give well into September, with donations now totalling a huge £4077.57 for Somerset children’s charity bibic.

Nick Boulton from Channel Comms said: “We’re delighted to have taken part in this challenge on behalf of bibic.  We’ve been in training since April, it’s been hard work, but we’ve all supported one another. The longest some of us have run is 5k! We’ve had some great fun too while raising awareness for such a worthy cause.”

Problems with speech and language are the most common developmental difficulty in the UK where studies indicate that as many as 1 in 10 children may be affected in some way. Living with disabilities and developmental difficulties has a profound effect on family life no matter what the cause and bibic is passionate about making a positive difference to families’ lives.

Lynda Williams, chief executive officer at bibic says: “It’s great to have businesses like Channel Comms support us like this.  We want to thank them and everybody who donated.  More than 75% of the families we currently see are in the South West, so their fundraising will truly benefit local families. One of our priorities is to develop a bibic line, a telephone support and advice service we know parents and carers need. This donation will help us get there that bit quicker. Thank you.”

bibic relies entirely on donations and thanks to generous supporters like Channel Comms, has helped more than 14,000 children since 1972.  Can bibic help a child you know? Is your company looking for a charity to partner with?