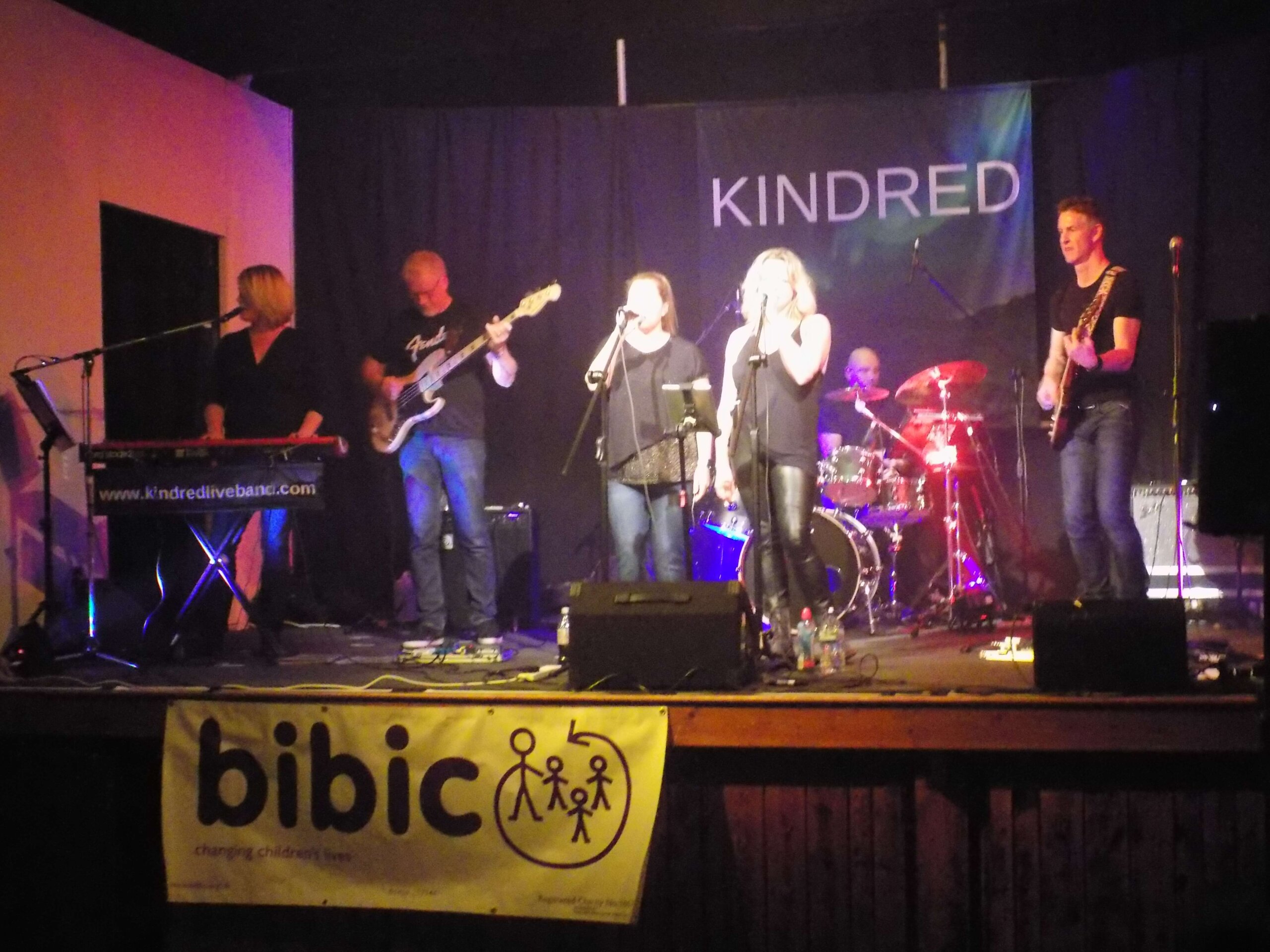 Kindred successfully launched their first studio album as part of a special charity gig for Somerset children’s charity bibic at Wedmore Village Hall. The local band not only raised the roof but also vital funds to help struggling children and young people across the South West and beyond.

Langport based bibic provide developmental therapy for children and young people with or without a diagnosis, who are experiencing social difficulties, developmental problems or struggling with learning, communication, behaviour or physical movement. Conditions they support include Autism Spectrum Disorder, Cerebral Palsy, Down’s Syndrome, Sensory Processing Disorder and many more.

Kindred are a local band from Wedmore and Cheddar that have been growing in success over the last 18 months with gigs across Somerset and Devon. Their album Our Tomorrow is entirely original material and has been recorded in White House Studio, Kew Stoke.

Ian Scott or Scottie as he is fondly known is the guitarist and songwriter of Kindred said
“I’m so excited to launch our first album. We are really pleased with the result and to have raised this money for bibic tonight and to keep donating through album sales means a lot to us. The work that bibic do for families and their children is amazing, it’s such a worthy cause and great bringing music and charitable giving together.”

Kindred are donating 20% of all ongoing sales of the album to bibic so every album sold will help change a child’s life. You can buy the album on CD or Vinyl via the website; www.kindredliveband.com
or download via iTunes on; https://itunes.apple.com/gb/album/our-tomorrow/1279521771

Molly Johnston, fundraiser at bibic said
“It’s been such a fun evening, great music and we’re so grateful for Kindred’s support. Ian has been a loyal and passionate supporter of bibic for some time and these donations and events make a huge difference to our small charity. We are currently raising funds for a much-needed support and advice telephone line for parents and carers, this will help us achieve our goal that bit quicker which is wonderful.”