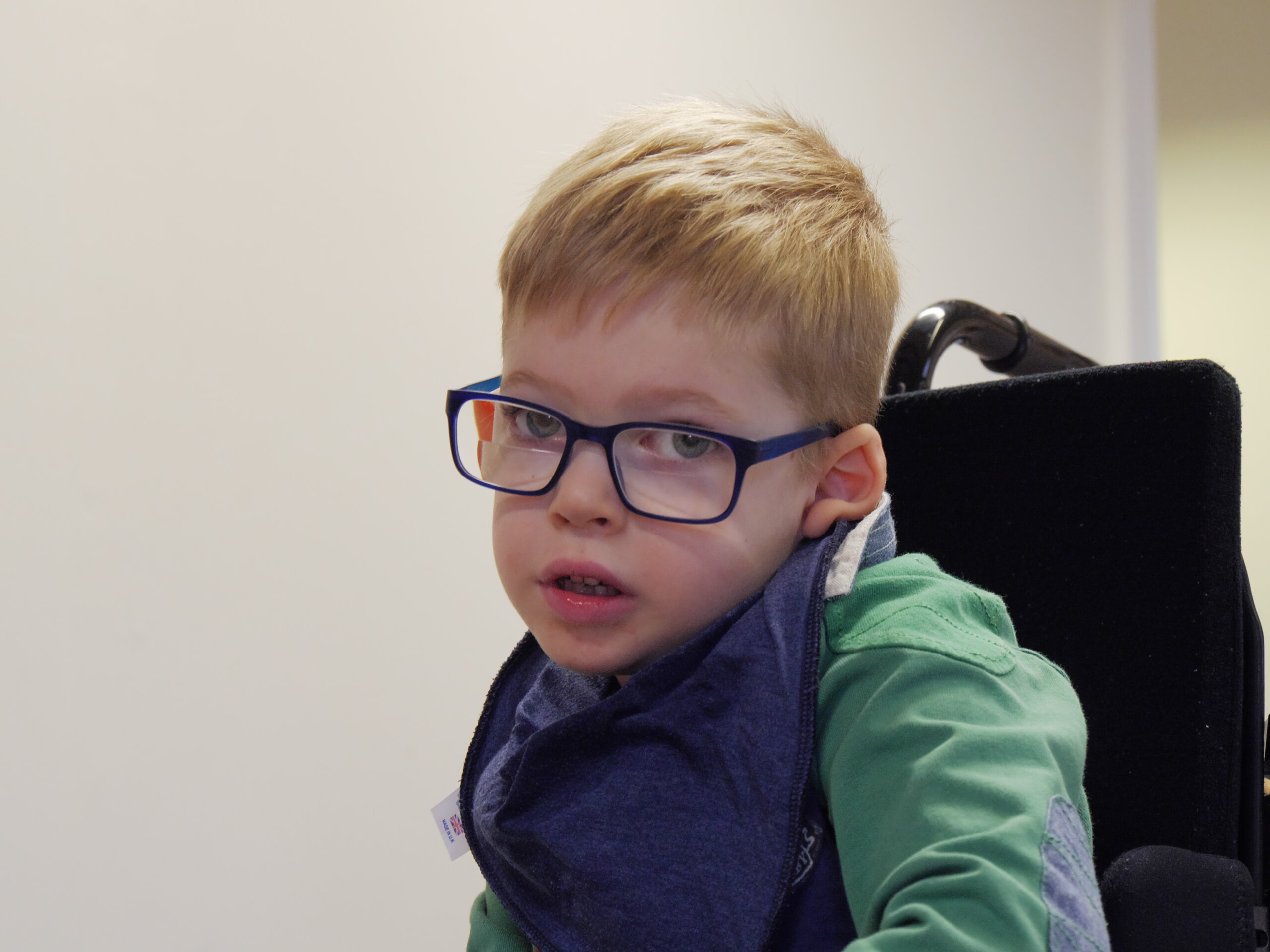 The day after Louis was born we witnessed him having a hypoglycemic seizure, we felt helpless and frightened. He was rushed to hospital and treated for an infection and given an MRI. It was not good news. It came back abnormal, to what extent, they couldn’t tell us.

Louis seemed to develop at a steady pace until he was 5 months, when everything changed and he started having infantile spasms. We spent 3 weeks in hospital. Louis responded well to treatment, and touch wood, has never had another seizure, but the effects were obvious straight away.

“he started having infantile spasms”

As the years went on, it was clear Louis had Cerebral Palsy, poor Vision Perception and Global Developmental Delay. He was officially diagnosed at around 2 years old. He had minimal speech, his lower limbs and right arm were affected and he also wears bi-focal glasses.

When Louis was 5, a friend told me about bibic and shared with me how they had changed the life of her son. I was amazed, so we booked our two-day assessment.

It was great. They understood us. It was a breath of fresh air and the help we felt we needed.

We expressed our concerns about his difficulties with speech. We were convinced he understood more than was obvious. Straight away, we were given new ideas on how to ‘unlock’ Louis’ speech by oral stimulation therapy.

“It was a breath of fresh air”

The following month, Louis was making numerous new sounds and was starting to babble away. It was wonderful. Louis’ right hand had previously been clenched shut, and the bibic therapy worked so quickly. Now it’s always open and he often goes to use his right hand first, which he never did before.

We do find it sad that our lovely, happy boy has these extra needs, but when we see him achieving a new skill or reaching a milestone we are overwhelmingly happy.