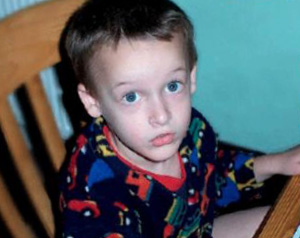 Ross was a very quiet baby. He would play alongside other children not with them. It broke my heart as I knew he wanted to join in. Initially we thought it was just down to a delay in his speech and language, as he was referred to the service at the age of two.

Things took a turn for the worse when we moved to a new area. I couldn’t get him out of the house, as he hated being outside and would strip all his clothes off. He hated lumpy foods, clothes labels, socks and shoes, being in a buggy, anywhere where there were crowds. One week it was so bad that every time I attempted to dress him to go out it would end in tears. I remember sitting by the front door completely baffled and frantic for answers. Although the NHS diagnosed Ross with Asperger’s syndrome nobody could offer any solutions, until bibic was suggested!

“He hated lumpy foods, clothes labels, socks and shoes, being in a buggy, anywhere where there were crowds.”

We came to understand that Ross was hypersensitive in all areas. Practically everything around him was inducing information overload. Over the first three months his speech improved, he adapted to accept a wider range of foods, ceased getting upset about getting dressed and started nursery. During the next two years we attended two further assessments and concentrated on things he needed.

We felt incredibly empowered as parents and it certainly helped us understand our son. I was so intrigued, as I watched Graham (bibic therapist) work with Ross, that I retrained as a Special Educational Needs Nursery Manager/practitioner. Imagine how excited I was fifteen years later, when I saw the job advert for a Children’s Therapist at bibic.

“We felt incredibly empowered as parents”
So, here I am, both a new member of staff and a parent with a story!