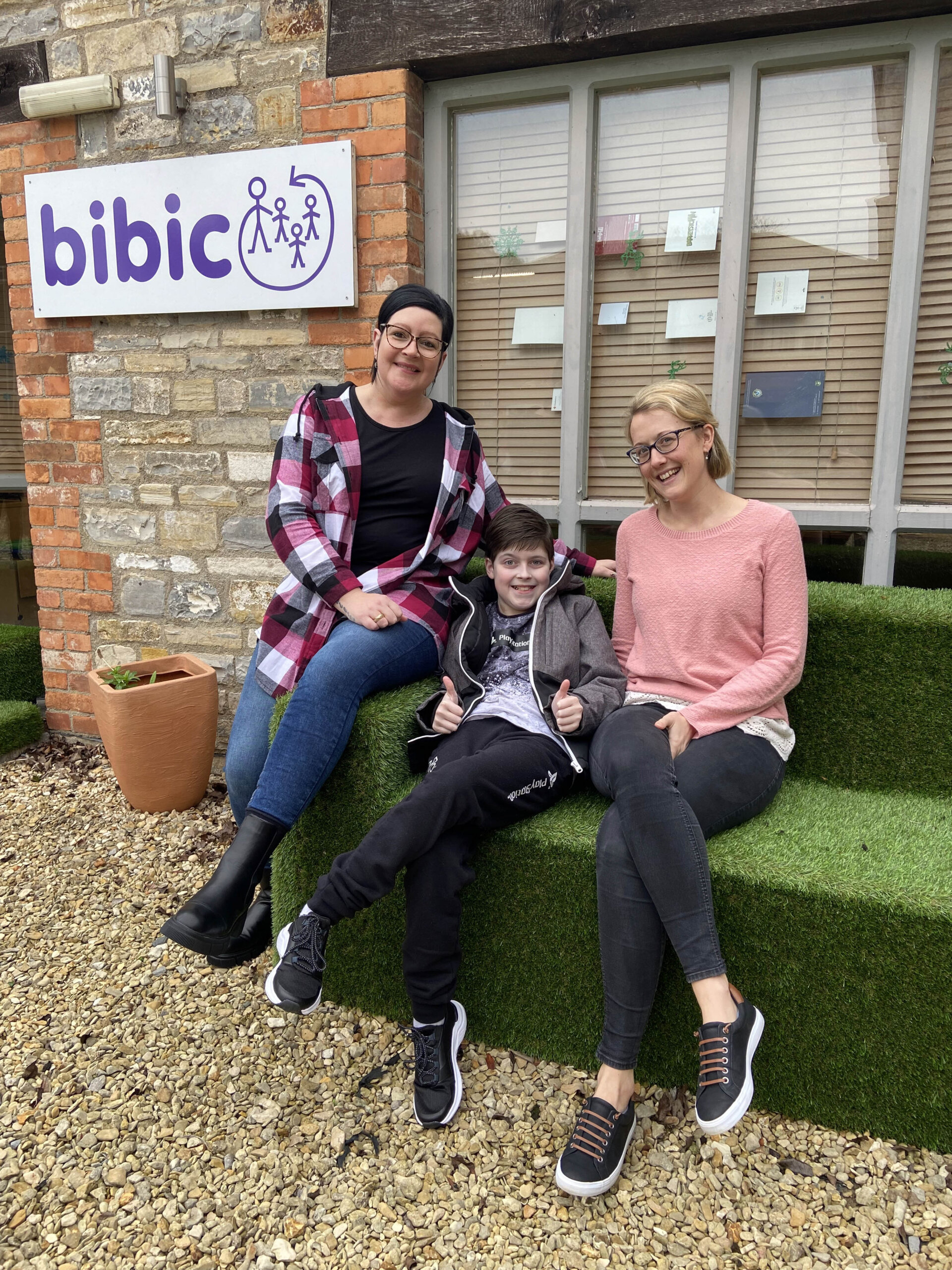 Wilson was just 10 years old we first approached bibic for support. I suspected that Wilson had Ehlers-Danlos Syndrome, which affects the body’s connective tissue, and Autism Spectrum Disorder, a neurological condition that can cause significant social, communication and behavioural challenges. Wilson also struggled with anxiety, depression, self-esteem, anger, disruptive behaviour and had not been attending school.

Wilson has a diagnosis of hypermobility which he received at just 4 years old. I didn’t know what to think, I didn’t even know what it was. I noticed his legs bent backwards and weren’t straight. We now say it’s his special superpower. He is so good about it, even though it often leaves him in pain. Some days it’s that bad, he can’t even walk up the stairs.

Wilson also experienced a lot of anxiety and struggled socialising. He couldn’t control his emotions which would often lead to meltdowns. I had managed alone for four years without any help or support and, due to Wilson’s separation anxiety, she rarely had any time to herself.

In his wellbeing assessment, the therapist asked “when do you feel like crying?” and Wilson replied “right now” and broke down in tears because of the way he felt about himself.

bibic provided a tailored therapeutic programme to help manage Wilson’s behaviour, emotions, and difficulties as well as support for his hypermobility. Since reading bibic’s report, doctors have now referred Wilson to an occupational therapist and he is now receiving support for his speech and language development from key professionals. We now also have access to respite care which helps Wilson socialise.

With bibic’s support, I felt like I finally had everything I needed to get the help that Wilson had been waiting so long for

Through bibic’s support, Wilson now has more awareness and notices the build up of his emotions. He is more able to manage and understand his behaviour, expresses how he is feeling, and accepts help from others. Wilson now identifies when a meltdown is coming and will say ‘help me’. I now understand Wilson’s feelings more and how to cope and deal with his needs too.

Wilson said bibic is “amazing” as they are “the only people who listened” to him. He now feels more confident and happy. Wilson said, “Having problems is hard. I need a lot of help and care, but it makes me unique so that’s cool. I want to go back to school to make lots of friends.” When Wilson grows up he has said he wants to be an emergency services call handler and this is because he wants to help people, the same way people have helped him.

bibic has opened up a lot of doors. It was a relief that someone believed us. People are now finally listening to us all because of bibic. We were stuck with no help for so long and we would still be stuck if we hadn’t received bibic’s support.

bibic makes a massive difference to people’s lives, they have helped us get the support and help Wilson needs for his future. bibic has made us look into the future with more hope, which feels so much brighter now.

Getting the support I needed from bibic felt like a huge sense of relief, like a weight was lifted off my shoulders.