Four-year-old Zayne decided to use his love of trampolining to complete 150 back flips – and he raised over £345 for bibic.

When he was about two-and-a-half Zayne began experiencing sensory meltdowns. These are different to tantrums and occur when a person becomes overwhelmed by their senses.

Zayne’s family were keen to find the cause of his difficulties but were told they faced an 18-month waiting list for any official assessments to be carried out.

So, they contacted bibic and things began to change for the better.

Zayne’s mum, Jordaine, said: “We came across bibic online, based in Somerset. Within a short time of our phone call we were there with them.”

bibic gave Zayne and his family professional advice on how to help him at school and how to calm him during meltdowns. He is still awaiting any official diagnoses, but Jordaine said bibic’s help has been wonderful.

She said: “After waiting for so long for a specialist you feel like you’re going a bit mad. It was absolutely amazing because there’s not a lot of support until they’re diagnosed.”

Jordaine said bibic continued to offer her family support six months after they made their initial phone call, she said: “It’s really nice to have somebody there for you.”

Zayne is an active little boy who enjoys riding his scooter and doing back flips, so it made sense that he used his trampoline skills to help bibic. 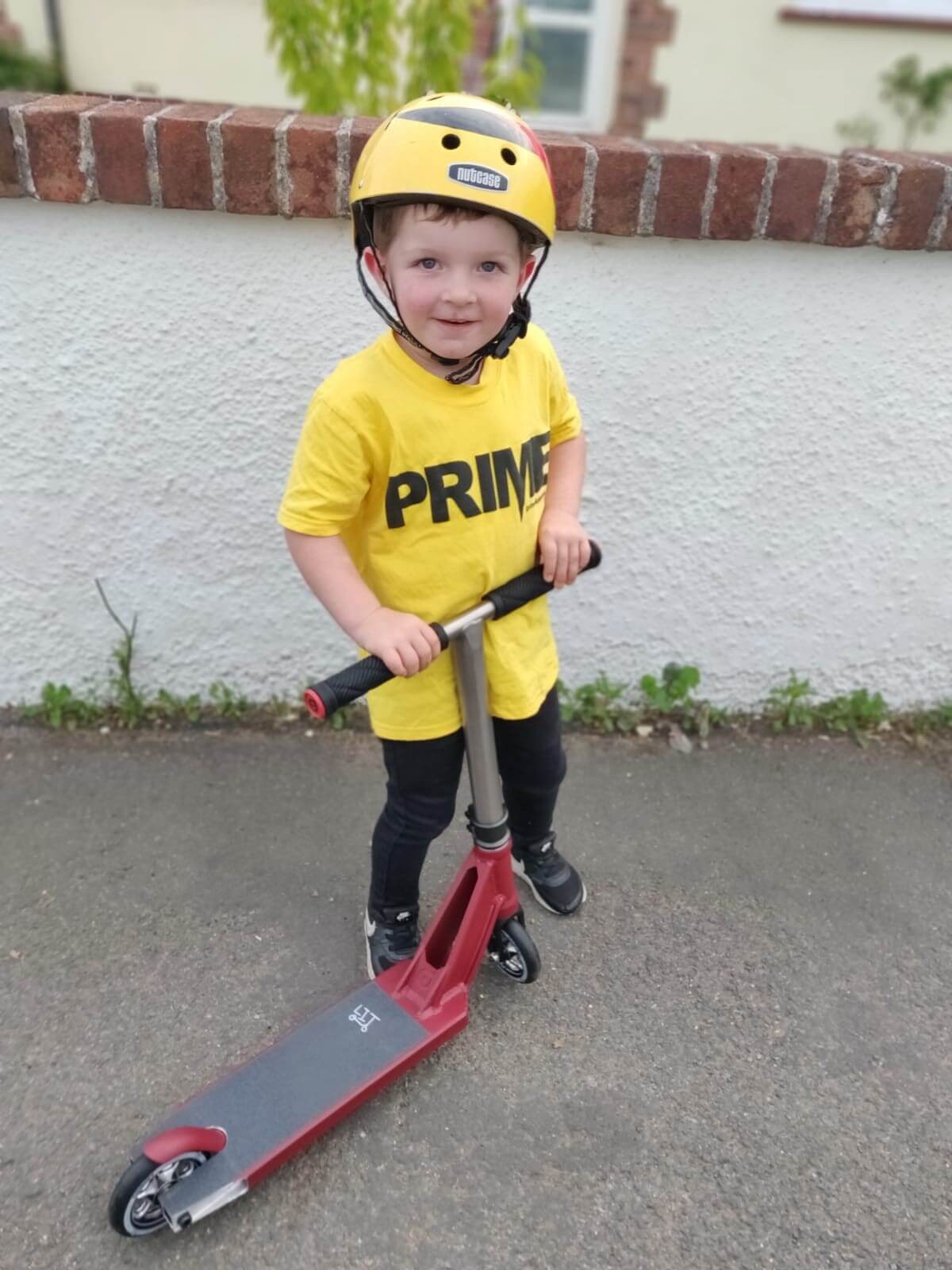 Jordaine said: “He came up with the number of 150 and I wasn’t sure if he could do it, but he did. He wanted to do it in a week, but he did it in about five or six days.”

He has exceeded his initial fundraising target of £150, but he is hoping he will continue to raise more. Jordaine said: “He’s really, really proud of himself and he’s shared it with his teachers”.

“Obviously, all charities are struggling at the moment. I know we have got his target – and bibic are over the moon – but anything else is so, so appreciated.

“I’m really quite lucky, I’d recommend people get in touch with bibic. What I loved about bibic was that they said, what can we learn about Zayne and how can we help him?”