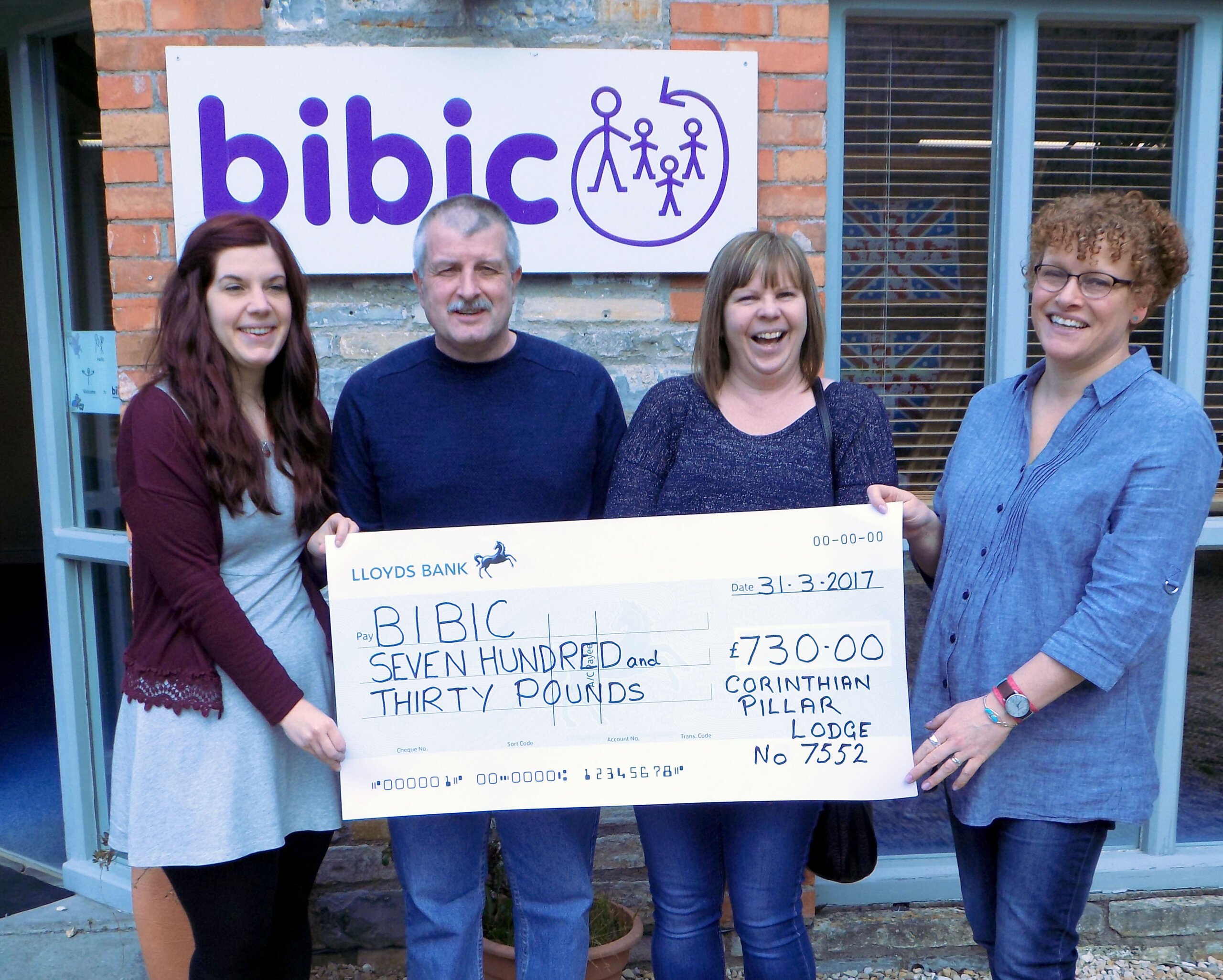 Yeovil based Masons give further support to bibic.

bibic has received another generous donation from the Corinthian Pillar Lodge of the Somerset Masons thanks to its dedicated members.

After attending a talk at the Masonic Hall in Yeovil from bibic’s CEO, Lynda Williams, Paul and Nicky Robins felt inspired to raise more funds for the children’s charity based in Langport. They ran various events including a very popular bingo night, and raised a wonderful £730.00 for the charity.

Helping children and young people with disabilities such as autism, Down’s syndrome, cerebral palsy and many more, bibic supports the child and their families, enabling them to overcome difficulties and encouraging them to achieve their full potential.

bibic had already received a donation of £5,000.00 from the Masonic Charitable Foundation last summer, so were touched to know that Paul and Nicky had gone the extra mile to support the charity even further.

Bibic therapist Emma says “Paul and Nicky told me they were so moved after hearing of the important work bibic carries out they felt compelled to offer their support further. We are overwhelmed by their kindness and generosity, and the funds they have raised will help children and their families get the support they so desperately need.”